In the 77 years that Pepsi Cola of Hickory has existed, we have seen many changes. Many good men and women have come and gone and took actions and made decisions that affect us to this day. The first and most important decision of them all was by Mr. Lee Frans way back in 1925 to get into the bottling business. We have so many new employees that some may not know the story of this company. Daily we are so busy in our jobs and thinking forward that we do not have time to think back. This editor thought it would be appropriate to take the time for a little reflection. The following article is a reprint from an article in 1985 with a few updates:

In the year of 1925 a young adventurous man who was holding the position of secretary in the office of RJ Reynolds Tobacco Company in Winston Salem, made a major decision that would affect the lives of his wife and family and literally thousands of people such as yours and mine.

In this year, Mr. Lee Frans and his wife made the decision to move to Hickory, NC and acquire the local Orange Crush Company. Loading up his wife and small children in their old vehicle, westward they came.

Selling the well known Orange Crush soft drink from a total of three route trucks, the business grew for Mr. Frans to where in 1931 he had to build a new plant. This plant was located on the same site in Hickory that our company’s home office is today.

In the year of 1936, Joe Lepedias approached Mr. Frans in regard to taking on the franchise of a new drink that was beginning to gain popularity in the soft drink market.

This soft drink was Pepsi Cola, which was being packaged and sold in a 12 oz bottle. Mr. Frans being familiar with the sales of Orange Crush in a 6.5 oz bottle could not conceive in his mind a drink of the quantity of a 12 oz cola drink. To those who knew Uncle Joe, as he was later known in life, know that he was a rather persistent man. Joe sold Mr. Frans upon the idea of traveling to New York in the winter just to see what Pepsi could do in the North and in the snow. Lee P. Frans became sold upon the idea because his vision was broad. He reasoned that if the people up there bought a 12oz cola drink in the winter like they were, surely he could sell it in the south on a year round basis and make money by taking the brand on.

In the year 1937, Pepsi Cola came to Hickory in a clear bottle where a label was placed upon the bottle to identify the drink (12oz). By placing Pepsi on his Orange Crush trucks, a few cases began to be sold to the tune of 20,000 cases the first year.

Three years later in 1940, growing pains began to set in. He had reached unbelievable case sales of Pepsi alone, in excess of 100,000 cases. He began to have to add trucks on the routes. He had three trucks selling Orange Crush and he bought four trucks to sell Pepsi. There were a total of seven trucks covering Catawba, Caldwell, Burke and McDowell counties.

Soon he was to learn that new trucks and new bottling equipment did not solve all of his growing problems. He had to have a man out in the field looking after customers and sales. So, the decision was made in 1940 to hire a Sales manager. This is the year Mr. Van Teague came aboard. In 1942 World War II came upon the nation and the soft drink industry came to a stand still due to sugar rations and all that went on with the war. It was an everyday experience of just being able to hang on. A salesman got so many cases of drinks per day just to work his route. He could not let his customer have but just a few cases at a time and then the customer had to have his returnable bottles to turn in for the amount of cases he received.

Mr. and Mrs. Frans had three girls, two of which married and had children. First daughter Mary married Mac Teeter and in 1947 had their first child named Lee. Later came along Frans and John. Second daughter Margaret married Bill (Bird) Brady and had Jeff, Colin and Jean.

In 1950, Mr. Frans acquired the Spruce Pine Franchise, making the total operation consist of eight counties. Bill Brady and Margaret came to Spruce Pine to manage it. Mac Teeter was the production manager of Hickory and Mary Teeter who had worked in production at Hickory during the war now was devoted to being a good homemaker. Jean the third and youngest daughter was found in and around the Hickory plant learning to drive the old Pepsi Cola car.

The years went by with many changes seen in the innovation of different packages, the amount of cases sold and the number of SKU’s that Mr. Frans could not had dreamed of. Our company has grown from a few counties to now 18 that stretch all the way to the western tip of North Carolina. Asheville was added in 1968 and Bryson City in 1999. Generations have now passed and we are now in our fourth generation as a family business. What the future holds we do not know, but in this business it will be guaranteed to be exciting. 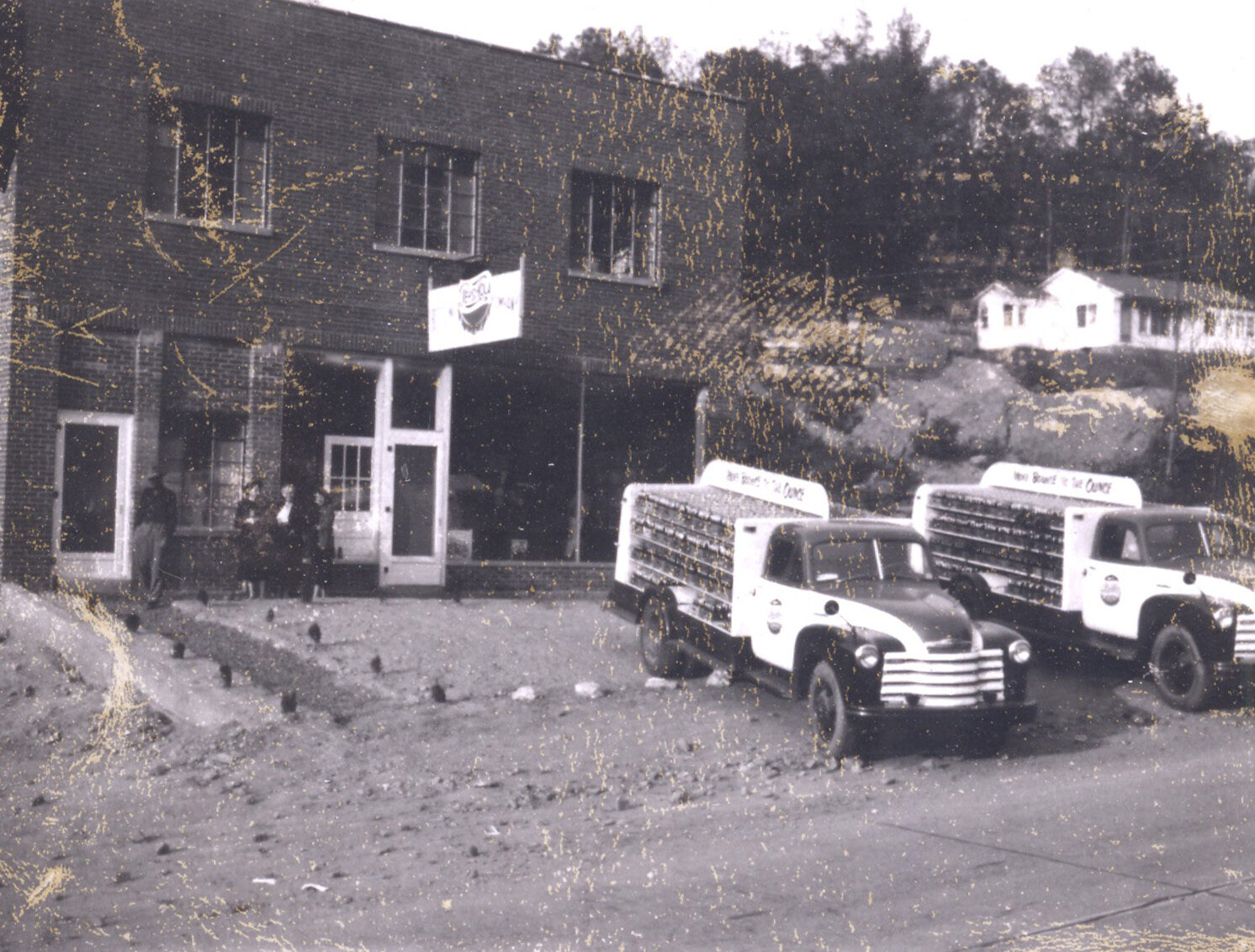 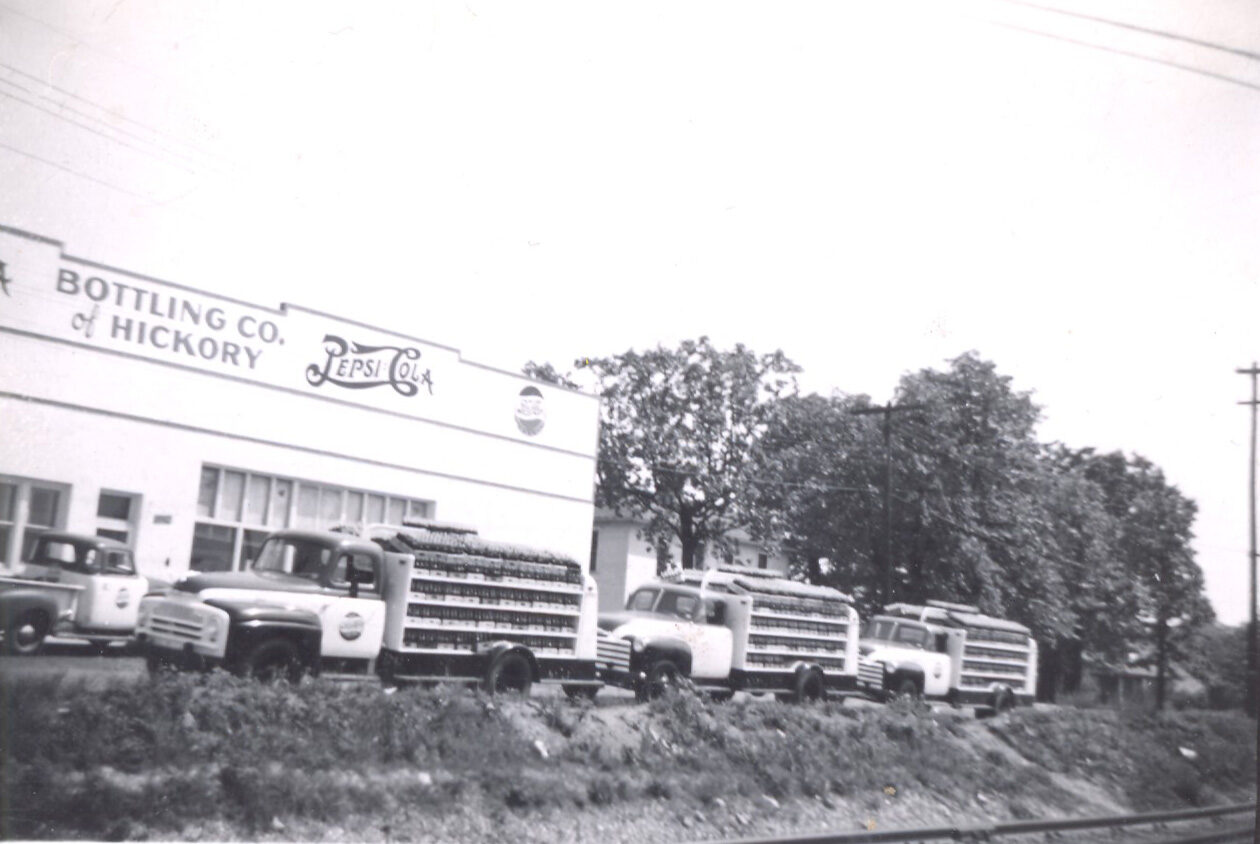 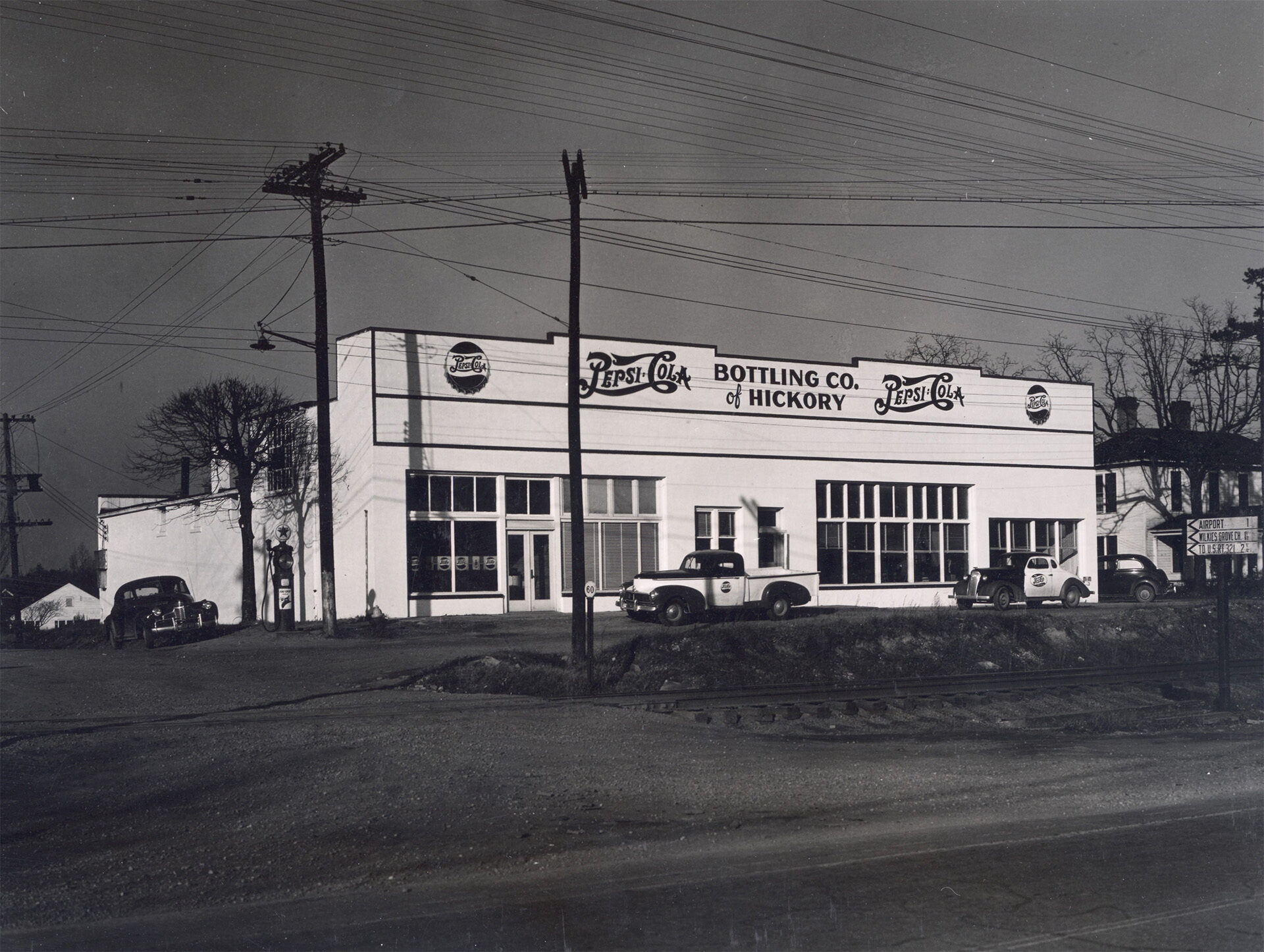 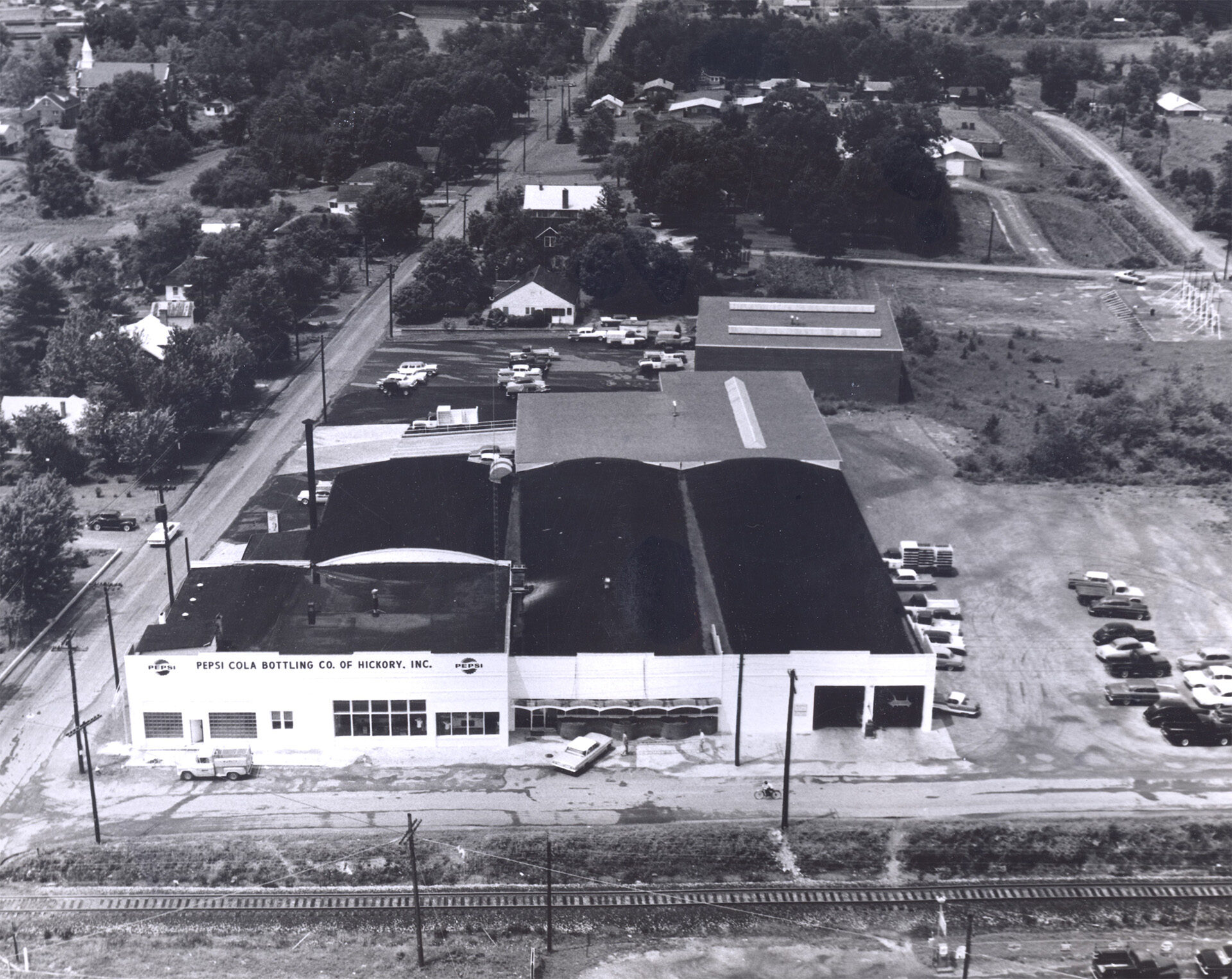 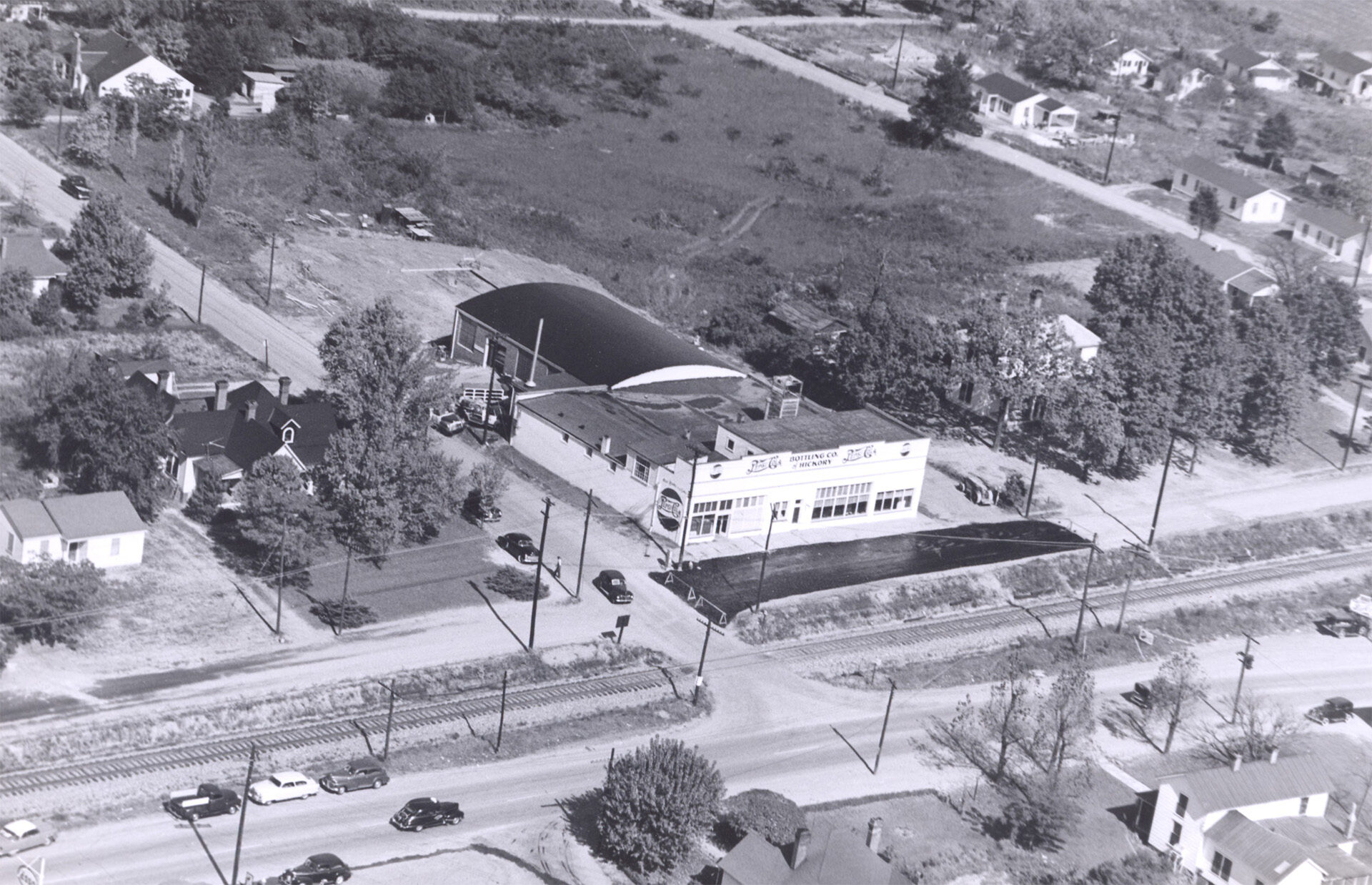 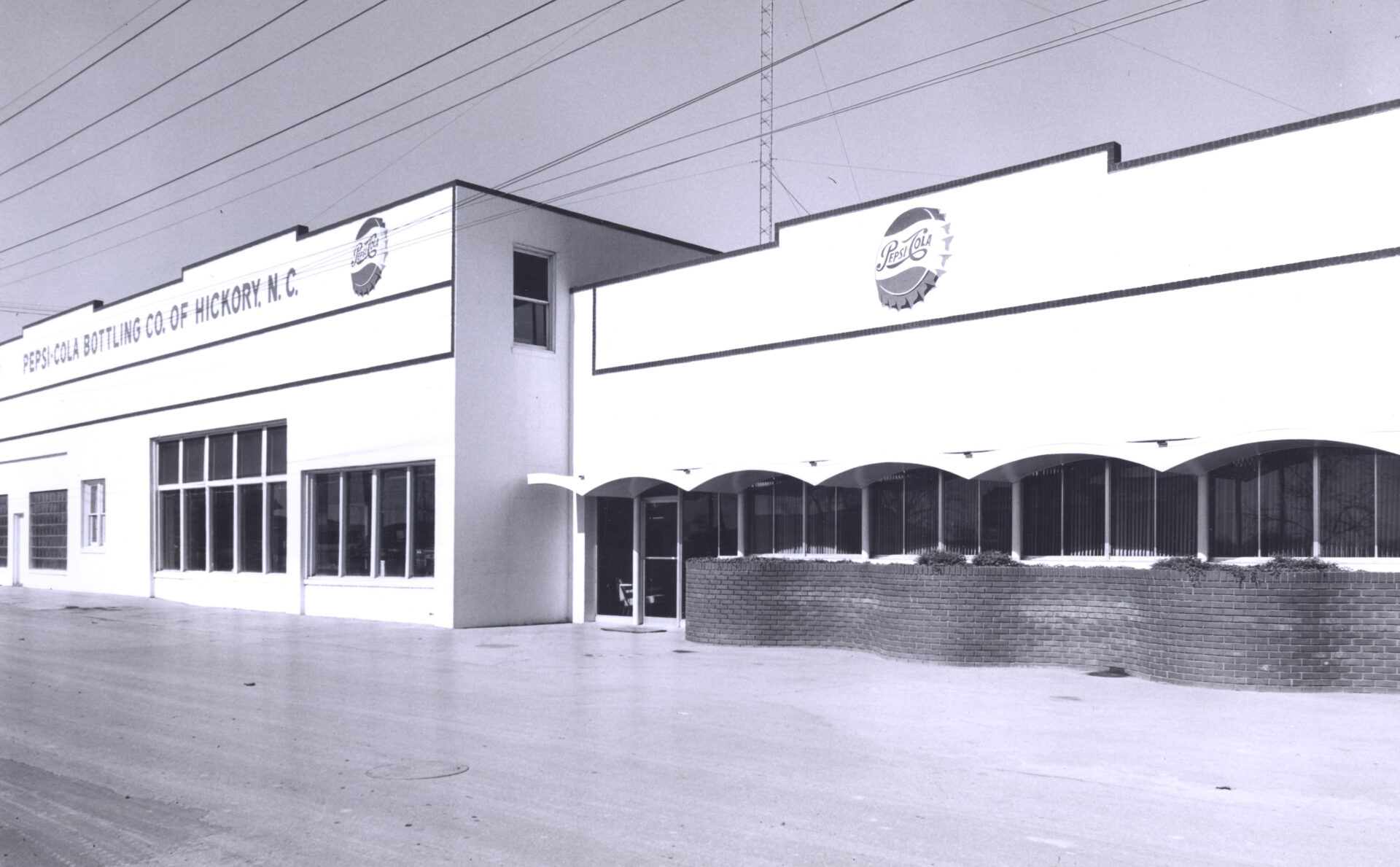